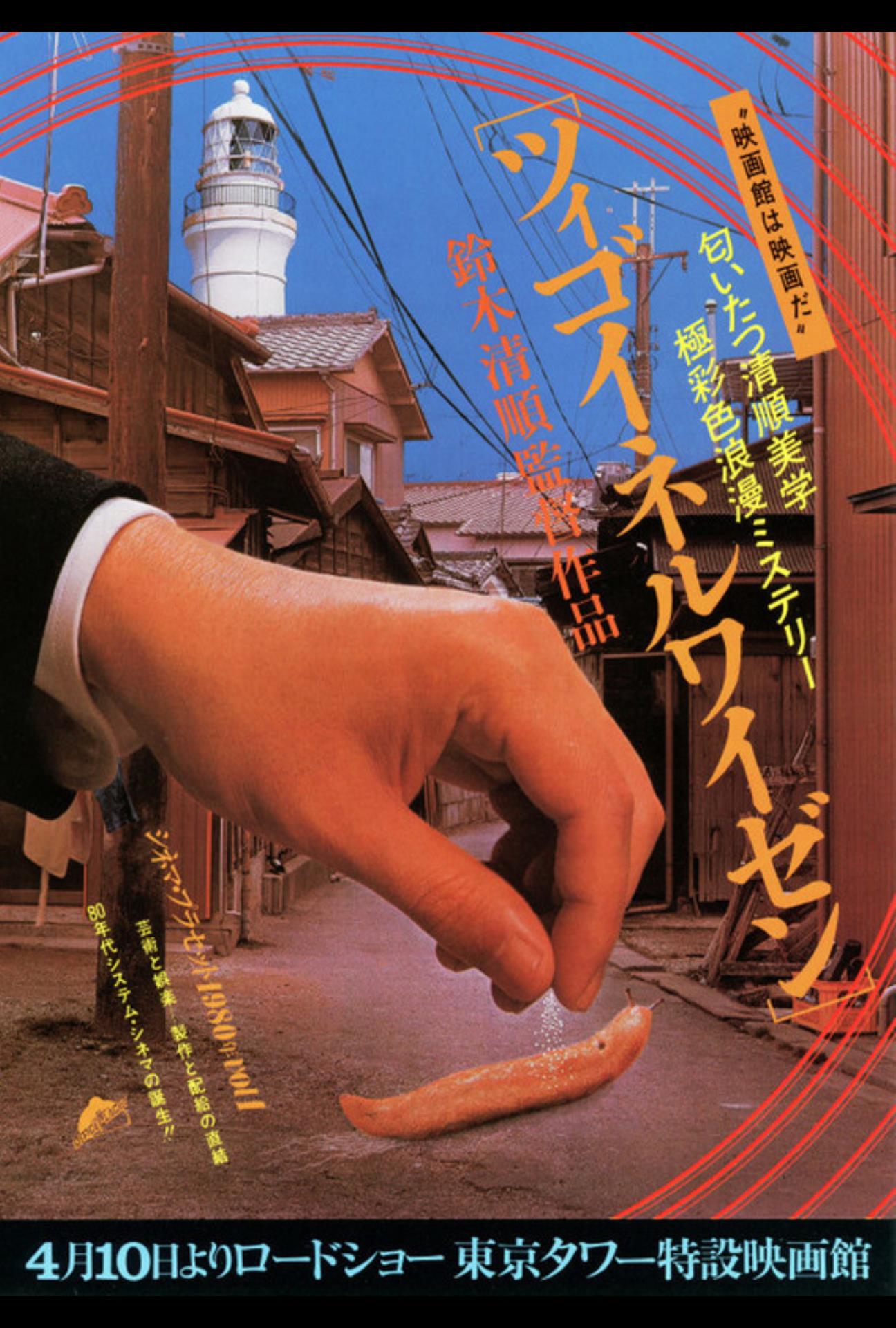 In the 1980s, Seijun Suzuki reinvented himself as an independent filmmaker. Freed commercial obligations of studio work, he indulged his passion for the Taisho era (1912–26), a brief period in Japanese history likened to Europe’s Belle Époque and America’s Roaring Twenties. Though not linked by plot, these three films — ZIGEUNERWEISEN, KAGERO-ZA, and YUMEJI — embody the hedonistic cultural atmosphere, blend of Eastern and Western art and fashion, and political extremes of the 1920s, all infused with Suzuki’s own eccentric vision of the time.

Named the best film of the 1980s in a poll of Japanese film critics, the film takes its title from a violin recording by Pablo de Sarasate. The piece haunts the film’s two main characters: Aochi, an uptight professor at a military academy, and his erstwhile colleague Nakasago, now a wild-haired wanderer and possible murderer.

The movie’s plot is a metaphysical ghost story involving love triangles, doppelgängers, and a blurred line between the worlds of the living and the dead. ‘Underlying the teasing riddles,’ writes film critic Tony Rayns, ‘is an aching lament for the sumptuous hybrid culture of the 1920s that was swept away by the militarism of the 1930s’.” (Film Society of Lincoln Center)